The Pregnant Image Of The Blessed Virgin Mary 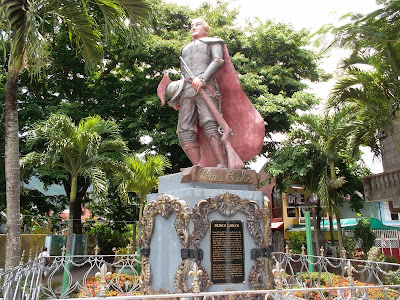 The Pregnant Image Of The Blessed Virgin Mary

In the small town of Pangil, which lies northeast of Laguna province, there is an old Catholic Church where the pregnant image of the Blessed Virgin Mary is prominently displayed at its side altar.  The church owns solely that distinction which no other church can lay claim to. The church is called The Our Lady's Nativity Church.

While Catholic schools teach that Mary conceived the Child Jesus without any physical contact with Joseph the Carpenter, Mother Mary is generally portrayed in pictures and sculptures in the normal fashion which projects her as a revered figure.  But at the old church in Pangil, one sees the Blessed Virgin Mary with a big tummy supposedly bearing the Child Jesus.  Old folks call the image as Virgen De La O.  Tourists flock to Pangil to see for themselves this rare image.

Virgen De La O was actually a gift from Prince Carlos of Spain.  As the story goes, the Prince was exiled to the Philippines in 1774, and stayed for three years at the town of Pangil.  The Prince enjoyed his stay in Pangil and, as a token of gratitude for the townspeople's kindness and hospitality, he gifted them with the image of Virgen dela O after returning to Spain.  With the pregnant image was another statue called Santo Nino de la O.  Prince Carlos, later on, held the throne as King Charles III.

Virgen De La O is said to be miraculous. Once the town of Pangil was submerged under water for a long time.  The people turned to prayers and asked intercession from the pregnant image of the Blessed Virgin Mary. Surprisingly, the water subsided and everything was back to normal.

Today, travelers make it a point to pass by Pangil town whenever they are in the vicinity of the eastern side of Laguna. Virgen de la O is a top tourist attraction. Now, try to visit the churches in any part of the Philippines and chances are that you will not find a single pregnant image of  Mother Mary. Buntis na imahen ng Mahal na Ina??  Only in Pangil.  In the province of Laguna. 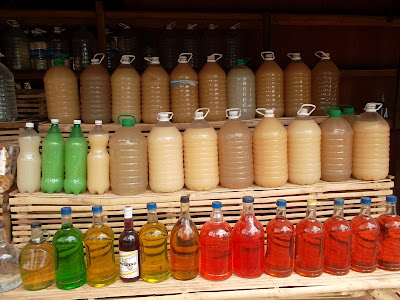 Mabitac is a quaint, little town in the easternmost part of Laguna.  Taking the Manila East Road from Ortigas Avenue Extension, Mabitac is Laguna's first town. The motorist passes through the towns of Morong, Baras, Tanay in Rizal and starts traversing the Sierra Madre Mountain Range in Pillilia until he crosses the Rizal-Laguna boundary where Mabitac's territorial jurisdiction begins right up there in the mountains.

While negotiating that winding and descending national road, the traveler sees numerous stalls showcasing Mabitac's commercial products such as rattan furnitures, knives, bolos, kitchen utensils, vinegar and the popular lambanog or coconut whisky. There are also fresh bukos for sale for a cheap price of P10 each.

Reaching Mabitac's flat and well paved national road, one is amazed by the vast plains of the town as it further reveals its agrarian nature.  Views of wide green fields that seem never-ending, of farmers harvesting their crops while others begin planting new ones and of farm animals wading in a puddle never fail to catch the fancy of passersby. These are scenes you now only see in paintings. But in Mabitac, it is an everyday occurrence, a daily sight. One can stop and talk with the tillers of the soil, which I did.

At a junction where police authorities have set up a checkpoint, one turns right to get to the town proper.  Right after the Mabitac Municipal Hall, a church stands proud atop a hill.  To reach the top, one has to hurdle about a hundred steps. The Mabitac Church, otherwise known as Nuestra Senora De Candelaria, is one of the town's tourist attractions.  It is a common belief among the residents that those who are to be married at the church have to pass the steep ascent for them to fully receive their much sought blessings.

With a population of only about 15,000, Mabitac is a relatively peaceful town. And every year, their agricultural harvest yields positive and encouraging numbers.  And people are content with nature's blessings. Except for seasonal flooding in several barangays, the mountains shield the town from the devastating effects of typhoons. This town, which became an independent political unit as early as 1611, is truly blessed.  As an old-timer of Mabitac, Ka Lino, would brag in the late 80s:  " Ah, ah, sa aming bayan ng Mabitac, hindi ka magugutom basta't masipag ka. "