War Memorials and Anzac Day: Lest We forget 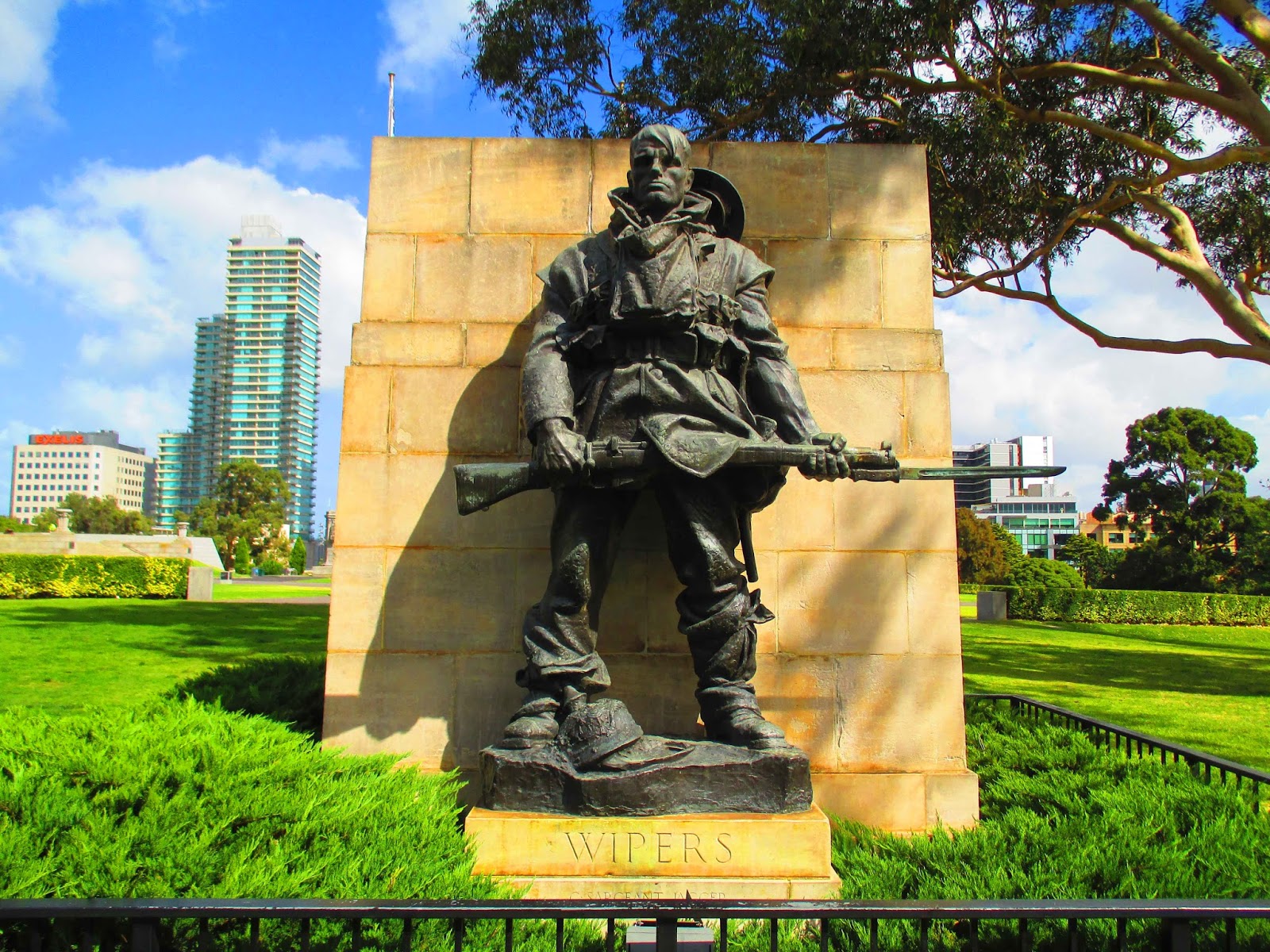 War Memorials and Anzac Day: Lest We forget

Countless Australians fought and died in The Great War. It was a war fought in Europe and extended to the Middle East. Australia was then with the Allied Forces that were up against the Axis Powers. Australia was also actively involved in World War II. It likewise sent men to fight in the Crimean War, in Greece and on other battle fields. Australians have always been part of peace keeping missions in different parts of the world.

To recognize the gallantry and sacrifice of these men, war memorials were built all over Australia. Almost all towns have war monuments dedicated to local heroes. They can be located at rotundas, near public squares and reserves. Inscribed are words attesting to the bravery of those who fought and perished. The names of bonafide residents who fought in the wars can be seen in the memorials. Starting with WWI heroes, the memorials now include casualties of WWII and of the other wars.

To remember and honor these war heroes, the Australian government has declared every April 25 as Anzac Day. New Zealand also observes Anzac Day. Ceremonies are held in almost all states of Australia. As it is a national holiday, many Australians participate in the usual parade and watch the rituals that follow. The Laying of Wreaths, singing of hymns and the sounding of The Last Post are regularly done. In Melbourne, the focal point of celebration is held at The Shrine of Remembrance. Anzac Day is a time of remembering, a time of paying respect to those men made of sterner stuff who gave their lives for freedom, for democracy. 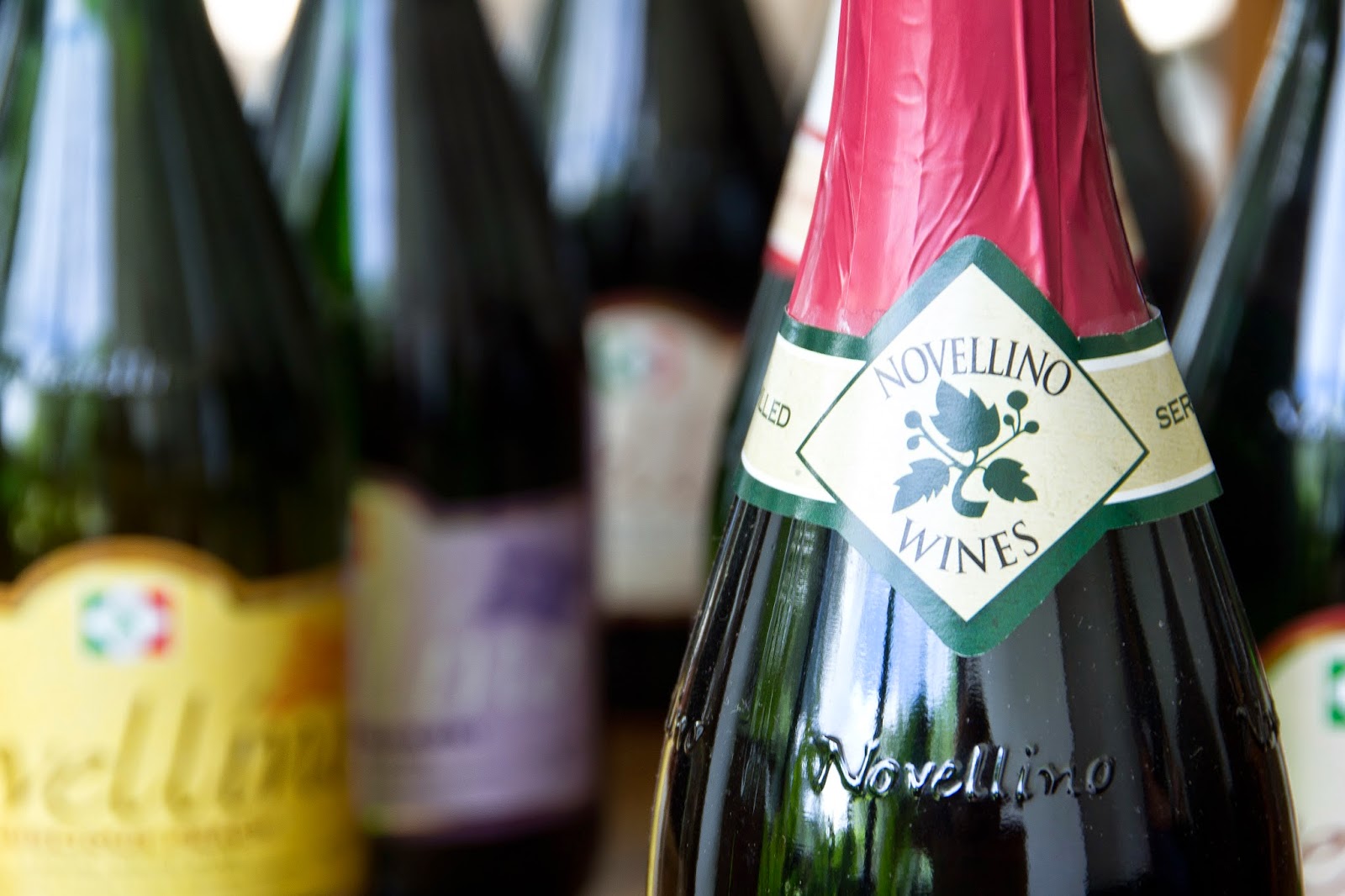 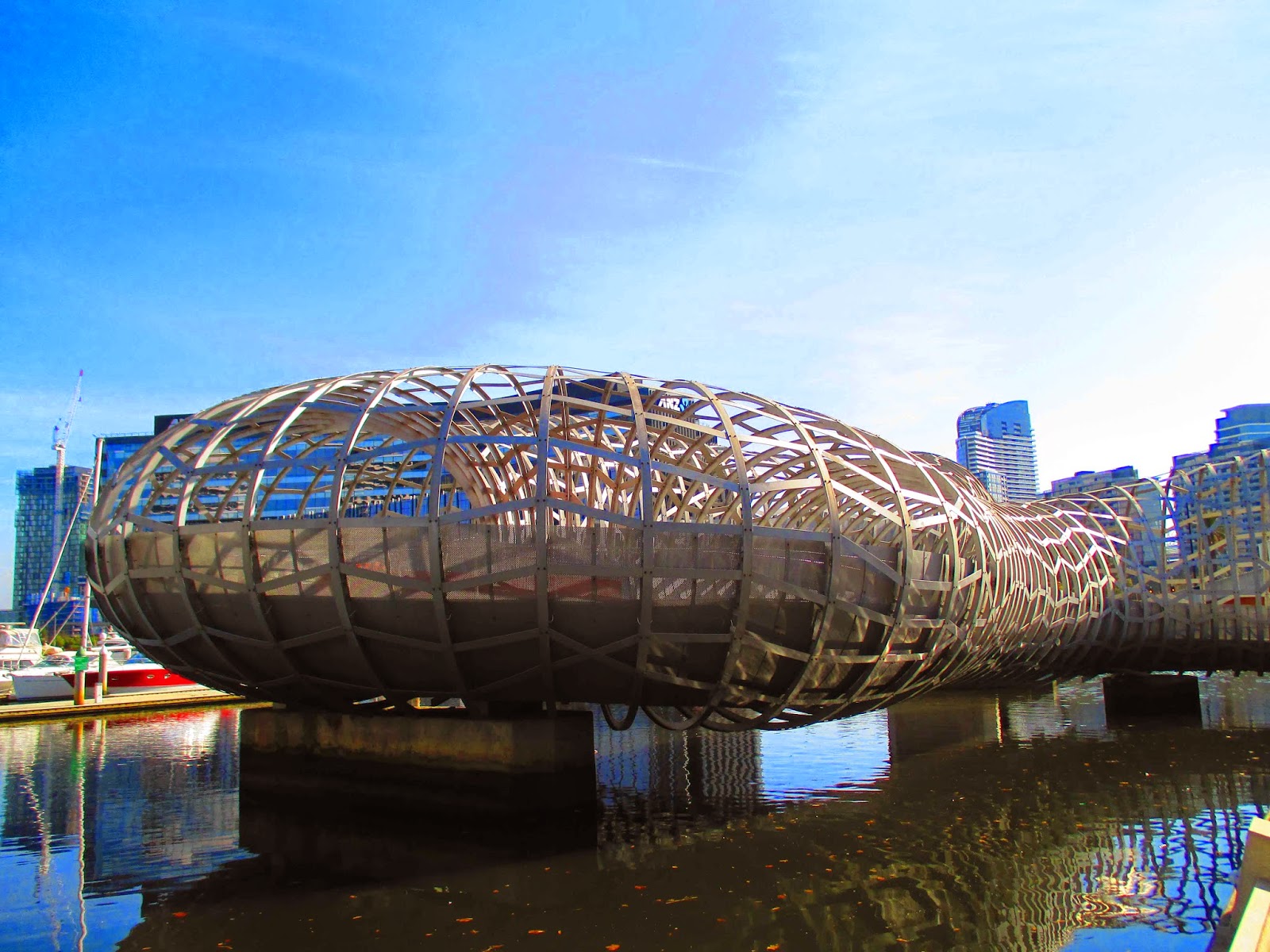 Eel is a snake-like fish that is known to be slippery when one tries to hold it. To catch one, an indigenous Australian uses a woven basket. It is called a Koorie Eel Trap. This popular catching device inspired the builders of a bridge in Melbourne to design it like a Koorie Eel Trap. Its unique design has made the bridge a top tourist attraction.

The Webb Bridge, one of the many bridges that span the famed Yarra River in Melbourne, connects the Docklands area to the south bank which is near the South Wharf and the South Edge. Representing the nets or woven basket are steels connected to each other to make a Koorie Eel Trap shape. This design is concentrated near the southern part of the bridge. The northern part has plain arches only. Webb Bridge is for pedestrians and cyclists only.

Perhaps this unique architectural design was adopted by the builders to make the walk across Webb Bridge more exciting. This is different from the ordinary bridge we usually see. When negotiating the southern part, one is enclosed within that eel trap shape but does not feel stifled as there are gaps between the steel enclosures. After entering the mouth of the steel cage and as the pedestrian or cyclist negotiates that bend or curve coming from the south, he regains "freedom" as he reaches the upper part of the bridge where there is no more enclosure except for arches. Steel as material for the enclosure gives it the impression of stability and durability.

At the bend are stainless railings at both sides and at the middle which were installed for safety purposes especially when riding a bike. And as one continues his walk, he is treated to majestic views of numerous tall buildings, a marina, a long highway bridge and other small bridges spanning the ever-flowing Yarra. One realizes that he stands on a vantage point. He then begins to take pictures as everyone else traversing the bridge is trying to capture that one beautiful view, that one beautiful moment. Click, click, click.

The Tranquil Town Of Sunbury 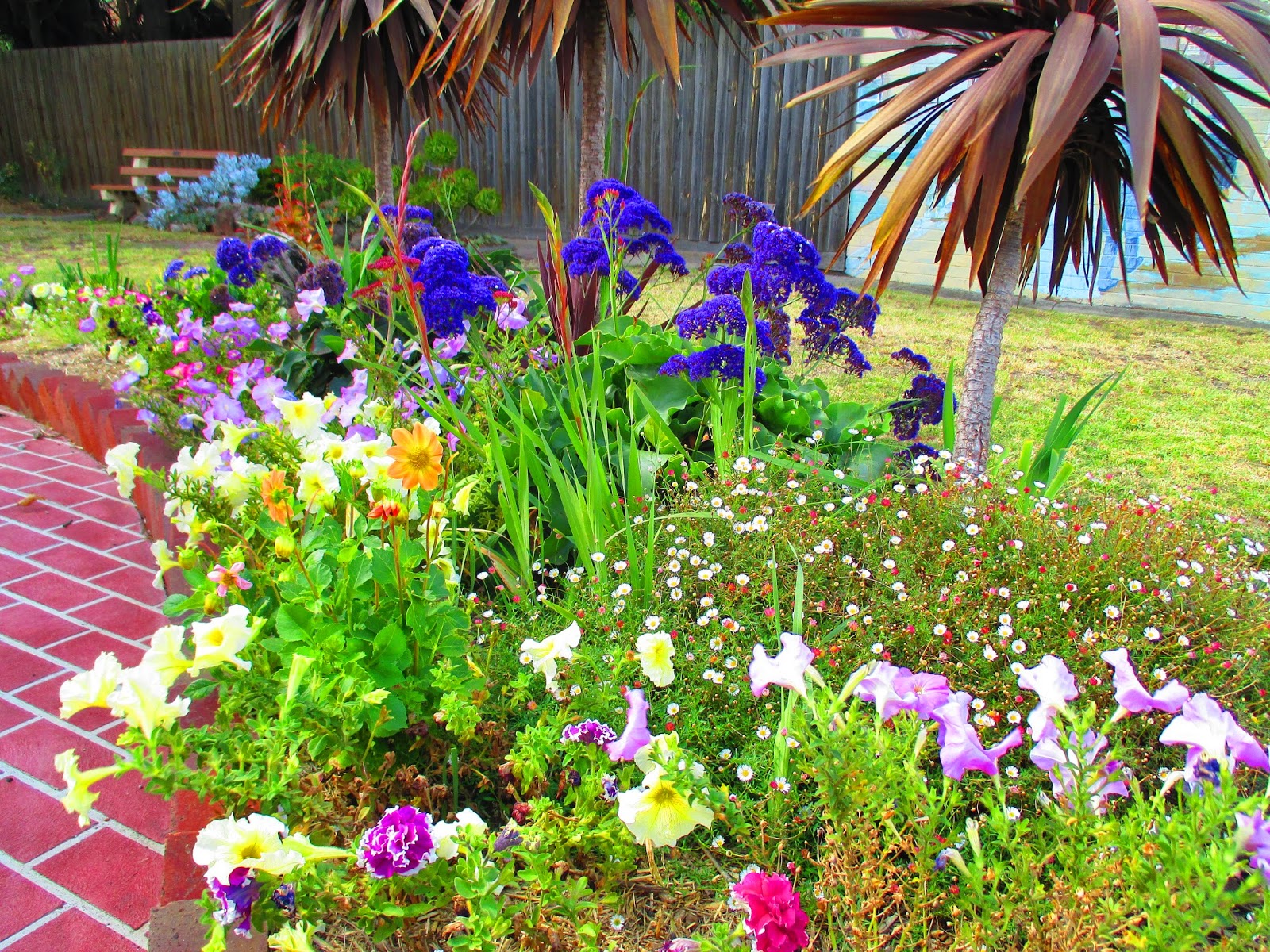 The Tranquil Town Of Sunbury

Sunbury is a quiet town that is about 45 kilometers away from Melbourne's Central Business District (CBD). Populated as early as 1836, which was many years before the gold rush and with George Evans as its first settler, Sunbury is northwest of Melbourne City proper. A laid back town with still a great part of its land planted to agricultural crops, Sunbury in recent years has been progressing with housing projects being carried out along its borders. It is now part of Greater Melbourne.

At the town center are bars and restaurants, gift shops, supermarkets, hotels and other business establishments that cater to the needs of its growing population. Sunbury has a health center with complete facilities, library, museum, a customers service established by the council, memorial hall, schools and many more. Near the town reserve are two churches focused on the spiritual needs of Sunbury residents.

Near the fountain at Greenland reserve, I had a brief talk with a Sunbury resident. He was with his young son. When I was asked about my impressions of Australia and Australians, I said that generally Australians are mild mannered, disciplined, courteous and very accommodating. Yes they are.

On my way back to the train station, I took a rest at one of the many benches along the sidewalk. I took out from my backpack a canister of Pringles and started munching. A few meters away was a woman in her 50s, humming a song. An Australian Raven was squawking as it perched on a tree branch. Several ladies were walking their dogs. Cars passed me by. It was delightfully quiet that precise moment at Sunbury.

After gulping a Berry apple juice, I continued my walk, somewhat limping. I wanted to walk faster, but I could not. I have lost that nimbleness or quickness I had many years back. Anyway, there were still many train trips back to the city. No problem at all. 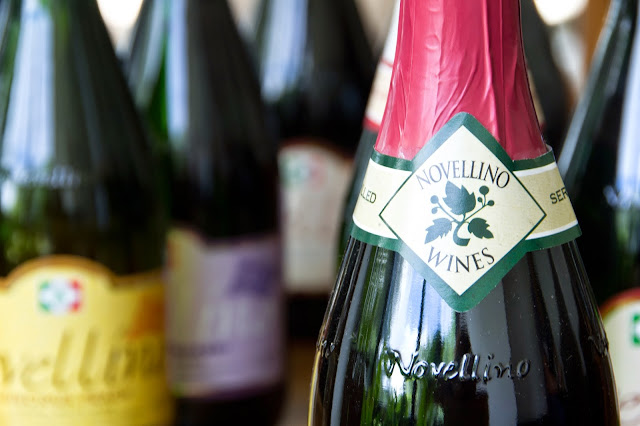