Guillermina Of A Hundred Years 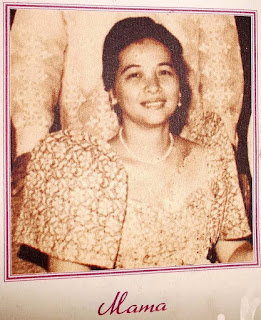 Guillermina Of A Hundred Years

At the precise moment when Mama breathed her last, there was a sudden heavy rainfall. With the grey skies turning black, the rain was relentless, literally with no letup. In just a few minutes, there was flash flood and vehicles were at a standstill along the highway. The heavens apparently were weeping. The celestial gods were mourning the passing of a woman of substance, a woman I called my Mother. 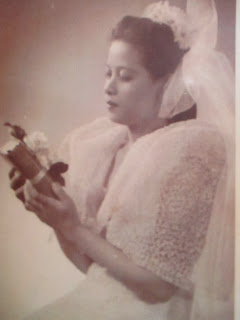 A member of UP Law Class '41, Atty. Guillermina Serapio Dela Merced Gener belonged to another era. A bygone era. It was a time when the prospect of another world war was brewing. And true enough, just a few days after members of Class '41 took their oath and were accepted to the Roll of Attorneys on December 4, 1941, the Japanese forces bombed Pearl Harbor, signalling the outbreak of World War II. 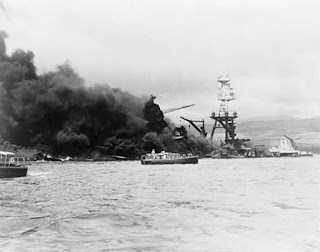 It was a time when a brilliant, dashing young man named Ferdinand Edralin Marcos was making waves. It was a time when the UP Campus was located, not in Diliman as we know it today, but on Padre Faura Street near Taft Avenue in Manila. It was a time when female law students would not look at the Oblation statue, manifesting the high standards at that time. Or rather, how conservative they were. 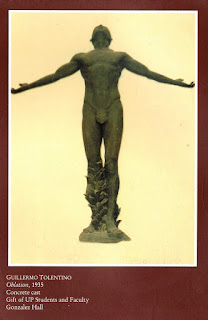 Atty Mimi Gener's contemporaries were those made of sterner stuff. To name a few, there were Hermogenes Concepcion and Nestor Alampay, who both became Supreme Court Justices. And who would forget the bright and beautiful woman, Leonor Ines Luciano, who was appointed as Associate Justice of the Court of Appeals? And, later on, contributed greatly to the amendment of the Family Code of the Philippines. And another Court of Appeals Justice, Floreliana Castro Bartolome. There was Mary Concepcion Bautista who became Chairman of the Commission on Human Rights. 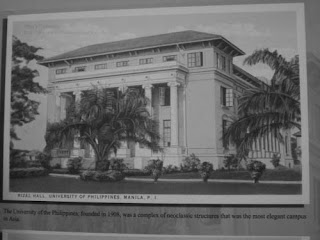 Atty. Gener would talk, in several instances, about their sophomore class President, sugar baron Carlos Ledesma, who was, in her own words, a true gentleman. As class Secretary and Treasurer, Atty. Gener regularly coordinated with Atty. Ledesma. She also had fond memories of two classmates who became top-notch legal practitioners, namely, Dakila Castro and Norberto Quisumbing. And there was the longest-serving Governor of Laguna, Felicisimo San Luis. Of course, her story would not be complete without mentioning dear friends Naty Racadio Manalang and Teresita Corvera Siwa. 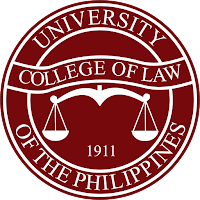 A Gintong Ina awardee some years back, Atty.Gener worked for 27 long years at the Land Registration Commission (now LRA) as Division Chief. And at one time, she was legal consultant to then Minister Sylvia Montes of the Department of Social Welfare and Development. Atty. Mimi was an active member of the Integrated Bar of the Philippines, Bulacan chapter. Her expertise included, but not limited to, Land Titling, Land Disputes, Extrajudicial Settlements, Family Code, Inheritances, Child Adoption, etc. 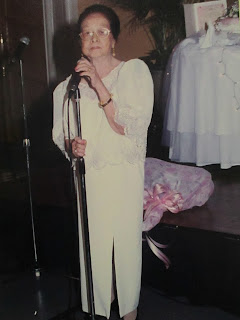 When her doctor-husband, Dr. Florante Gener, passed away in 1984, and upon her retirement in the same year, she settled at her hometown of Norzagaray in Bulacan with offspring Rene, Teddy, Nini and Ronald at her beck and call. Being the first lady lawyer of her town, she continued giving free legal advice to her town mates and was President of the Federation of Senior Citizens. Even in her 90s, she continued rendering service to the community as a way of giving back for all the blessings all her life. 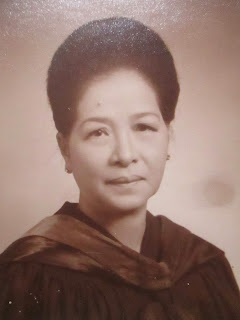 It was already Day 3 of Mama's wake at Sanctuario de San Jose in Greenhills, yet the heavy rain would not stop. The heavens were still grieving. Quietly and secretly, in secluded, dark corners, I would shed tears, bucketful of tears. I had that feeling of emptiness. I felt I was falling apart. I felt the sturdy wall upon which I was leaning all the years of my existence, was gone. I looked at myself like a boxer who lost his crown via a first round knockout. I was completely devastated. And quietly, like that vanquished boxer, I had to slip out of town and out of sight, to destination unknown. 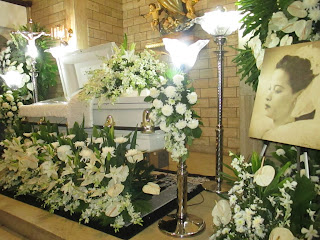