The Myki Card And The Trams of Melbourne 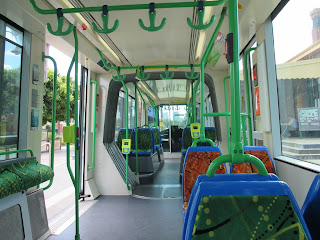 The Myki Card And The Trams of Melbourne
With the excitement of a teenager on his first roller coaster ride, I boarded Tram number 109 near the Crown Casino Complex. It was bound for Boxhill which is some kilometers away from the city proper. Pressing my Myki card against the green box, I touched on and heard the sound of having a successful registration. At Collins Street, I disembarked, walked towards Swanston Street and boarded the tram bound for St. Kilda. It was the start of my Saturday long multiple rides on Melbourne's much vaunted tram railway network.
Melbourne City holds the sole distinction of having the largest and most efficient tram railway network in the whole world. Starting in the 1800s, the trams of Melbourne have remained popular as they transport commuters to villages and towns outside the Central Business District. The trams reach places such as Bondoora, Malvern, Kew, Glen Iris, Carnegie, Brunswick, Footscray, East Coburg, Port Melbourne, etc.
A Myki card allows a commuter to avail of that special offer of unlimited rides on trains, trams and buses within zone 1 and zone 2. Zone 1 covers areas within the city and those near it.  Zone 2 refers to places far from the city proper. For $6, one may enjoy unlimited rides on Saturdays and Sundays and holidays.  For $7.50, the unlimited rides can be availed of on weekdays. Commuters are always reminded to touch on and touch off when riding trams, trains and buses. There are authorized Metro & Yarra Trams officers who make random checks.
It was 2 pm when the tram reached Bentleigh. It was my nth tram ride. I was the only passenger left on board. As the tram made its stop near an intersection, the tram driver looked at me and said: "End of the line, Mister."  I answered: "I know, mate.  I am just taking my own sweet time. I am like that Lewis Carroll character who has no particular destination. Ha Ha.." Then I made a touch off and heard again that clear sound: "Tick tick." And began walking, where else, but to destination unknown. 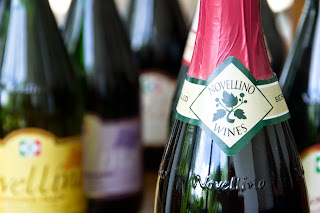 Chelsea By The Sea 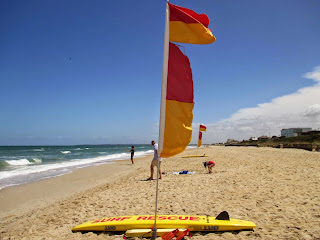 Chelsea By The Sea
It was sunny and bright that day as I stood at Platform #7 at Flinders Street Station. The clock indicated that I had 10 minutes of waiting for the next train bound for the city of Frankston. Like my previous trips on the Frankston line, I had no specific destination. As I boarded the blue train, I looked at my map, browsed over the villages that the train would pass through, and, in a few seconds, decided that Chelsea would be it. Passing through Cheltenham, Mentone, Mordialloc, Edithvale and other villages, the train was travelling at moderate speed. Finally, I heard the voice over:  "The next station is Chelsea....the next station is Chelsea."
Chelsea is a suburb of Greater Melbourne.  It is about 35 kilometers away from Melbourne's Central Business District (CBD).  Chelsea is famous for its beach that has fine golden sands.  On an ordinary day, that coastal stretch of Port Phillip Bay is quiet as only a few beach goers, walking barefoot along the shores and wading in its cyrstal clear waters, can be seen. The place is truly serene, and breaking the stillness from time to time, are the waves pounding the seemingly impregnable posts of the long pier of Chelsea that extends farther to the sea.
A few meters away are bathing boxes that have become tourist attractions since the 19th century. Colorful and attractive as they are, these bathing boxes are owned by a selected few and cost about $250,000 each. They are used for changing clothes and storing personal items. And it is not surprising to see wedding pictorials at Chelsea Beach with the bathing boxes as backdrop.
It was about 2pm when I had my lunch at the nearby reserve.  Then I was back again at the foreshore. As it has always been the case, I took out a small bottle from my back pack, knelt on one knee and scooped with my right hand some golden sand grains. I was feeling the grains with my fingers as I pressed them against the palm. Slowly I filled the bottle and placed it at the small pocket of my back pack.  As a buggy passed me by, I started walking towards  Nepean Highway, towards the station where the Metro train would take me back to the city proper.
- Konted 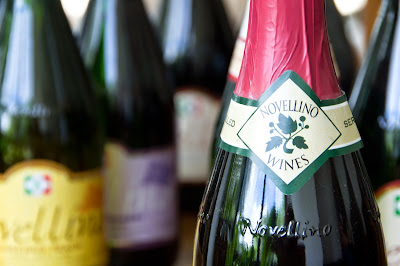