It was too quiet then at a cell in Fort Santiago.  Only the steps of the Guardia Civil could be heard as they reverberated off the brick walls. Jose Rizal, imprisoned for rebellion, sedition and conspiracy, was to be executed the next day.  That was a certainty as there were no TROs in those days. After a few minutes, more steps could be heard. Rizal's mother and his sisters made their last visit.
As sister Trinidad got near, Rizal whispered something. There were no CCTVs then.Trinidad was listening intently. She got the message: that there was a paper neatly tucked in the Cocinilla and she was to retrieve this once the family would gain possession of it. What it contained, nobody else knew.  Not even an inkling.
For writing two novels, El Filibusterismo and Noli Me Tangere, which opened the eyes of his countrymen to the colonizers' excesses and abuses, Rizal was considered as a threat to the State.    He was beginning to show signs of being an effective national leader, and for this, the Spanish authorities felt uncomfortable.  He was seen as a beacon by his compatriots, providing light after years of darkness.
As a writer, sculptor, physician, artist, athlete, orator, Rizal valued excellence and dedication. He was consistently showing flashes of brilliance. If Rizal was good in writing, then one can surmise that he made good use of this when pursuing beautiful women like Leonor Rivera, Segunda Katigbak, O Sei San and Josephine Bracken.  There were no cellphones, facebook, twitter, etc, then. One had to get hold of a fountain pen and express his sentiments. And no one could do it better than the man from Calamba.
Execution day finally came.  From his cell, on December 30, 1896, he was taken by his guards to Bagumbayan.  Men, armed with rifles, aimed and fired.  He fell face down. It was all over in a few minutes. Rizal's body was taken and dumped at a public cemetery which we now call as Paco Park. A marker was placed with his initials reversed: RPJ.
As agreed upon, Trinidad retrieved a piece of paper from the Cocinilla. It was a letter from Jose Rizal, obviously written a few days before his execution. It was actually a poem.  It had no title, no date and no signature.  Here is Jose Rizal's last masterpiece as translated by one Dr. Barron. This poem, together with his death by firing squad, changed the course of Philippine history.

Land that I love, farewell.
I shall die as the east grows red,
If the dawn lacks color, I shall make it glow,
I shall paint the day with my blood.

Would that my country were free from pain!
How good to die that you might live,
To fall if you could rise,
And sleep forever under your skies!

May some flower bloom where my body lies!
Kiss it; you kiss my soul.
I shall feel the touch of your lips in my tomb,
Be warmed by your breath as by a flame.

Let the moon watch over me, pure and serene
When the dawn comes, let the wind softly complain,
If a bird lights on the cross, let it sing its song.
Let the sun shine, the rain come, a friend mourn.

Pray for me and all the fallen;
Pray for the mothers whose children go hungry,
Pray for widows, orphans, prisoners under torture,
Pray for all the living who are in pain.

When night comes and my grave in darkness lies,
Break not the peace, kneel before the mystery,
If you hear the sound of music, be not afraid.
It is I.

When my death is forgotten, my grave unmarked,
Let the plow turn the earth where I lie.
May my dust make fertile the fields!
Where the grass grows thickly, there I dwell.

In the air, over the hills and valleys of the land,
I shall linger – like a ghost, a whisper, a sigh,
A fragrance, splash of color, shaft of light.
In this faith I shall go to die.

Land that I love, whose grief is my own,
Goodbye! Father, mother, all my affections,
I go where there are no slaves, no oppressors.
I go where faith does not kill.

Farewell to all I love, peace has been waiting long.
Farewell, sweet foreigner, my true love, my delight.
All that I cherish, farewell –dear earth, dear life.
I die. I shall rest. It is well.

* I  came across this translation in the late 80's while reading Mabuhay, a Philippine Air Lines magazine.

*All pics from Google 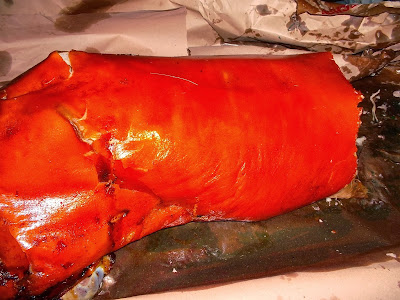 Holding a reunion, whether family, class or similar group, is like doing an inventory. In an inventory, we count the current stock, make a report of consumed or released items and likewise account for new deliveries. We either add to or subtract from the previous total inventory.

Likewise, in a reunion, we also make a count, report on the plus and minus and explain as to the whereabouts of absent members.  In a reunion, physical presence is vital. It is what reunion is all about.  And it is usually done as the year is about to end.

Selection of venue is also important in staging a reunion.  In our case, for this year, Valle Verde Country Club was the hands down choice. There was absolutely no objection. A short notice to all family members was all that was needed.

Valle Verde Country Club is located at Capt Henry Javier St. in Pasig City. It is near the once popular University of Life and Theatrical Arena.  Or simply ULTRA. It is a non-stock, non-profit proprietary membership club. Major holders of membership blocks include San Miguel Corporation and the Ortigas Group.

Valle Verde Country Club has been operating for more than thirty years. It has a swimming pool, tennis courts, billiards and badminton courts. With more than 200 employees, it has provided efficient service to its members and guests.

Guests began trickling in as early as 3:30pm at the La Colina Function Room.  There were warm embraces and handshakes, non-stop verbal exchanges punctuated by laughter, clicking and flashing of digicams and gift giving. And after the usual presentation on stage of family members, dinner was served. It was "all u can eat." There was no stopping in partaking of Lechon, Sliced Beef with Mushrooms, Lemon Chicken, Spaghetti, Fish Fillet, Mixed Vegetables, etc.

Upon reckoning, like an inventory, we, all, count at the end of the year. We count our blessings. And we make an honest assessment of our past actions, and determine if we are still on the right track. We compare expectations to actual results. Then we make the necessary adjustments and, if needed, we reset our goals and standards.